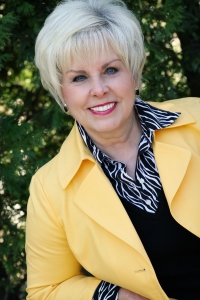 There are an estimated 450 million active English-speaking blogs currently in the world. No one knows for sure the exact number, since thousands of new ones are added daily and thousands more become zombie, sleeping, or “dead” blogs which have been abandoned temporarily or permanently. That means there’s a lot of online talk going on in the blogosphere, even if we’re not sure the true identity of who is talking or the exact number of people who are listening.

Every blogger, myself included, wants to know there’s someone “out there” who is engaged with what we’re writing. But blog experts report at least 90% of those who visit a site are lurkers–not the shady kind of lurker who hangs around in the shadows causing trouble, but online readers who read a blog or hang around online discussion and chat rooms but rarely or never participate.

Master blogger Michael Hyatt says the way to turn passive lurkers into active followers of whatever you are passionate about is to draw them into a conversation and build a relationship. In other words, in this era of social networking run amok, marketing is now “tribe-building.”

I have great respect for Hyatt who blogs five times a week writing on topics like leadership and productivity and who reportedly has built a loyal following over the years of hundreds of thousands of people. But I think some sites lend themselves more easily to group dialogue than others. They feel “safer” for anyone not wanting to get too personal. Write a blog on how to efficiently run a meeting or how to make crème’ brulee and everyone has an opinion. But write about spiritual doubt or disappointment with God or why it’s so hard to be consistent in our faith and then ask who wants to go first to share. Anyone? Anyone?

Blog researchers have an opinion about lurker behavior. Don’t ask me how they know these thing, but they claim the reason people lurk is they don’t trust what will happen next, once their words are immortalized in cyberspace.

I see just the opposite behavior when I visit other sites. I see readers throwing all caution to the wind to say any outrageous thing they please–especially if they can hide behind an anonymous handle.

Frankly, I like lurkers. Coincidentally, so does Jesus. Of course, he wasn’t walking the earth when Al Gore allegedly invented the Internet, but there are stories of lurkers all over the Bible—both the bad kind and those who are just listening in when it comes to faith issues.

Remember Zacchaeus, the despised tax collector? When Jesus came to town and caused such an uproar by healing people and talking about abundant life, Zacchaeus was intrigued. But because of his reputation as a no-goodnik, he didn’t want to go public about his spiritual curiosity. It wasn’t safe. People might think he had gone soft on extortion! So he hid in a tree, hoping to eavesdrop as Jesus passed by.

Zacchaeus wasn’t acting like some of those who followed Jesus and acted loud and obnoxious to get His attention (like ranting flamers on some blogs). Still I think Old Zack was just as needy. He just wasn’t so desperate he was willing to go public with his need.

But Jesus, who knows our hearts, always takes steps toward us to let us know we’re welcome. With Zacchaeus, Jesus stopped, asked the stunned tax collector to come down out of the tree and then invited Himself to the tax collector’s house for dinner, so they could have a chat.

Scripture recounts how dinner with Jesus transformed Zack’s life. All his defenses and secrecy vanished when Jesus lavished love and grace on the man most people wouldn’t be caught dead dining with. Zacchaeus, the Outsider, became one of Jesus’ raving fans.

You see, to Jesus, there are no Insiders. There only sinners and forgiven sinners. Jesus welcomes lurkers to hang around Him or His followers and eavesdrop all they want. To kick the tires of Christianity and ask the hard questions—maybe over a meal. So don’t be surprised if one day Jesus surprises you with an invitation. That’s the story of the gospel.

This entry was posted in Salvation and tagged Lurkers, Michael Hyatt, the gospel, tribe-building. English-speaking blogs, Zacchaeus. Bookmark the permalink.