Breaking the Rules About Christmas 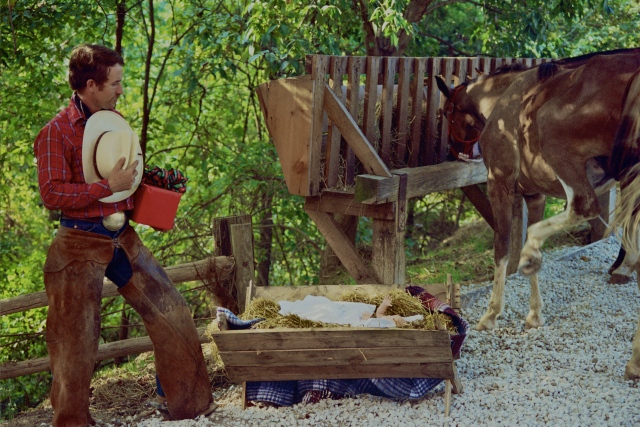 Few people would call this a quiet time of year–not if the merchants, party planners, and other purveyors of merriment have anything to say about it. And, I’ll admit, I love the music, decorations, and the feasting as much as the next person. However, the holidays have also become synonymous with words like exhausted, frazzled, and broke.

Christ followers (of whom I’m one) say we must put Christ back into Christmas. Agreed. But, apart from resisting the commercial insanity, what does that look like?

Re-read Luke’s account of the Christmas story. Do you notice that the celebrating came after Christ’s birth? Beforehand, it was quiet. Not easy or stress-free…but still characterized by times of quiet reflection. Could it be a clue to our own survival of the holidays?

Place yourself in the story. A few days before her delivery date, pregnant Mary found herself riding on the back of a donkey on a risky road trip. Slowly, she and Joseph were making the three-day journey across rugged terrain from Nazareth to Bethlehem, for the census mandated by Caesar Augustus. It was not fun. She was just trying to hold it together until they reached their destination. It’s a great honor to carry your son, God. But I’m only a teenager! I don’t know how to mother any child, much less a holy one. The reality of it is hitting me and I’m scared. I need you now more than ever.

Joseph, on foot, guided the donkey, trying to protect his wife from all the bumps and jolts that must have made the ride exhausting. Lost in thought, he kept replaying the scene with that angel who appeared to him months earlier to confirm that Mary, indeed, had been impregnated by the Holy Spirit. The angel had even instructed him that the baby’s name would be Immanuel or “God with us.” How exactly do you raise the Son of God? Do I give him a tool set for his birthday and let him help in my carpentry shop? Is it okay to spank him when he misbehaves? Lord, you’re his Father. Help me out here.

Innkeepers were not celebrating. They were preoccupied with accommodating the crush of guests, clueless about the VIPs who were among those seeking lodging. Why couldn’t the government stagger the census over a few weeks? Why all at once? I’m grateful for the business, but I need a break.

Mary and Joseph eventually settled down in a stable with a manger–an unlikely delivery room for God’s only child. Still, the quietness of the stable was a gift to the weary travelers, the darkness punctuated only by the rustle of the animals and their occasional lowing or bleating sounds.

Out in the fields, shepherds took turns watching their flocks, to ward off predators. It, too, was quiet. Lying on their backs, the silence was restorative. Where else can you lie down under a canopy of limitless stars and dream of a better life.

Carving out pockets of time for quiet kept them sane. It kept them anchored. It reminded them who was ultimately in charge.

And then the time for quiet was over.

Cries of a newborn pierced the stable air. Out in the fields, an angel appeared with a choir of heavenly singers to tell the startled shepherds, The Savior, the One you’ve been expecting for centuries, is HERE!  “Glory to God in the highest, and on earth peace to men on whom his favor rests.”

Now it was time to celebrate.

The shepherds quickly found the Christ child and the word was out. The Magi later found him, too, and came bearing gifts fit for a king…which he was.

Those first cries from the baby in a manger were not the last we would hear of Christ. The magnificent story continues today and stretches into eternity. A story of rescue, redemption, and eventual restoration of the world to the way God intended it to be all along. Hard to imagine it all started with a baby.

This Christmas, have you been trying to hold it together? Are you weary? …scared? …preoccupied? …needing space to restore your soul? Make room for some quiet in your days. Reflect on the fact the Savior is coming! Then, when it’s time to celebrate, you’ll be ready.

This entry was posted in Birth of Christ and tagged celebrate, Christ child, Joseph, manger, Mary, quiet, the real meaning of Christmas. Bookmark the permalink.

3 Responses to Breaking the Rules About Christmas