The Curse of Expectations–Yours, Mine, Ours 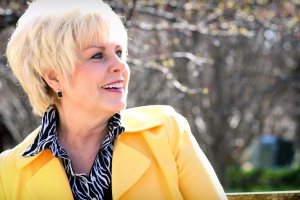 The summer Olympic games are already a distant memory. Now that the hoopla has died down, I’ve been thinking about another part of the Olympic experience that never gets much ink. It’s the athletes who went home with crushed expectations and no medals.

It’s hard to understand how not medaling could be considered a crushing defeat, when just making it to the Olympics is an incredible achievement. But remember what happened to gymnastic phenom Jordyn Weiber on the first day of competition? She finished fourth among her U.S. teammates in qualifying for the All-Around competition and she was devastated.

It was not her only chance to shine during the games, as she later proved. But she had openly stated that winning the All-Around was a primary goal. And why not? She was practically born on a pommel horse. Before the games she was featured in TIME and USA Today as one of America’s best hopes for gold. But then a couple tiny missteps and the dream was gone. Her tears said it all.

Then there was Michael Phelps’s stunned look when he finished fourth in his first event. He was supposed to be a shoo-in for the gold. How could this happen?

That’s the problem with expectations. They spur us on through laziness, fatigue, self-doubt, and weakness, to help us overcome and win the prize. But when we fall short–fairly or unfairly–they can turn on us and whisper messages that kill the soul.

You let us down. How could you let that happen? You should have been able to handle that. You could have done more. You would have surmounted this obstacle if you had been strong enough, not given up, tried harder. Fill in your taunt-of-choice–whether you’re an elite athlete or simply a person working for a promotion or fighting through a personal problem and struggling in a tough relationship.

There’s a fine line between expectations that call out the best in us and expectations that induce shame. Self-imposed shame can be the most toxic of all, birthing in us the need to be perfect and place too much dependence on performance to feel okay about ourselves. It devalues us and it’s the opposite of grace.

I’m really good at self-imposed shame. I call it high expectations. But when I don’t meet those expectations, my deep disappointment shows I’ve got a lot to learn. I paid close attention to how top American Olympians handled their dashed expectations.

1) They listen to the right voices.  Heart-to-heart pep talks from her coach and one of her teammates helped Jordyn Weiber recover from her crushing disappointment and come back strong. She listened to those who knew her best and had been with her through all the ups and downs. She knew they were trustworthy. Whose voices influence you? Do they have your best interests at heart? Do they share your values?

2) They know themselves well–what’s true and what’s not. When gymnast Gabby Douglas faltered in her last couple events, after winning gold and stealing our hearts in earlier events, she calmly said it was fatigue. It wasn’t because she didn’t get enough sleep but rather because she pulled out all the stops like she always did and she was just plain empty. “I’m human,” she said. Fact, not shame.

Was she happy about it? Probably not. As someone once said, the truth will set you free but first it will make you miserable. Nevertheless, she owned it, acknowledged she might need to train differently in the future, and moved on. Do you know yourself and your limitations? Do you treat yourself fairly?

3) They set expectations that are realistic, sustainable…and their own. In the end, what keeps us going is if the dream is ours. Are you living momma’s dream or your own? Are you engaged in activities that give you life or taking on things because you need someone else’s approval and can’t bear to disappoint them (“We can’t do it without you.”) or because you’ve let others shame you into things (“We’ve always been able to count on you before.”)?

In the end, the one place you can always go to get the truth about yourself and your expectations is God. He may be disappointed for you because of choices you’ve made, but he’s not disappointed in you. Shame is not his game.

He knows you better than anyone. Bring him your disappointments and all the ways life has not turned out like you planned. Talk it over. You’ll never go home a loser.

2 Responses to The Curse of Expectations–Yours, Mine, Ours