What Our Stuff Says About Us

Posted on September 5, 2012 by Verla Wallace 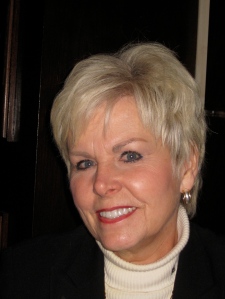 We were out to dinner with friends the other night on the eve of another short-term move. It’s another chapter in our ongoing saga to get permanently relocated to our new home in Florida. This unexpected multi-part journey to get us from here to there has offered repeated opportunities to think about the stuff we accumulate or discard…and why.

Our friends joked they’ve lived in their house 30 years and didn’t dare move because it would take a year just to sort through the stuff in their basement. The husband, a self-described pack rat, has saved every pay stub he ever received, every checking account statement, every everything!

A psychologist might speculate our friend wanted a tangible reminder of how he had been increasingly successful in his career. Or maybe he can’t let go of the past. Or maybe he simply thought cleaning out the basement was a boring way to spend his free time!

Another friend recently moved her parents into assisted living. They had lived in their home for 40 years. The problem with their stuff was the lifetime of memories it represented.

Her mother had six sets of china–unused for decades but precious to her, nonetheless. Each set of dishes was a loving purchase made by her husband to celebrate his wife’s gift for hospitality and the way she made their home a welcoming place.

Her father had a leather-inlaid poker table, also untouched for years and buried under boxes in the basement. It was a symbol of Friday night games with his buddies. They weren’t just poker games. They represented friendships that endured marital issues, parenting issues, sports rivalries, heart attacks and job losses.

The couple’s possessions were clearly now an encumbrance but it was hard to discard them. They wanted their stuff to matter to someone else as much as it did to them. They wanted people to acknowledge what that stuff represented. It wasn’t going to happen.

I’m not a pack rat and I don’t collect china or save unused furniture. But, trust me, I have plenty of stuff. I accumulate books, for example–mostly non-fiction. I don’t like Kindle or Nook. I want to hold an actual book, pull it down off the shelf and reread it, underline liberally, and tab treasured sections for future reference. Our moves in the past couple years have forced me to do something about the book issue. I gave away hundreds of them…but it nearly killed me.

What’s the problem? I thought. Books are just books. Paper and ink! But the books said a lot about who I am. The titles were a practically a catalog of the various seasons of my life–what I was learning, where I was growing, what brought delight, where I struggled. In some inexplicable way, discarding the books felt like discarding my life. It caught me completely off-guard.

Our stuff–whether treasured or ignored–speaks loudly about our fears, where we’re stuck, what matters to us, and how we measure our lives. But we have to pay attention to what it’s telling us, if we’re to benefit.

What do you save and why? Which things are life-giving and which things encumber you, cost you time, money and energy, take up space, and slow the forward momentum of your life? Are you weighed down by your stuff?

Hebrews 12:1 encourages believers to throw off everything that hinders us and the sin that so easily entangles us, (my emphasis) so we’re free to fun the race God marks out for us. Everything.

In other words, sin isn’t the only thing that entangles us. Sometimes it’s the stuff in the basement.

1 Response to What Our Stuff Says About Us